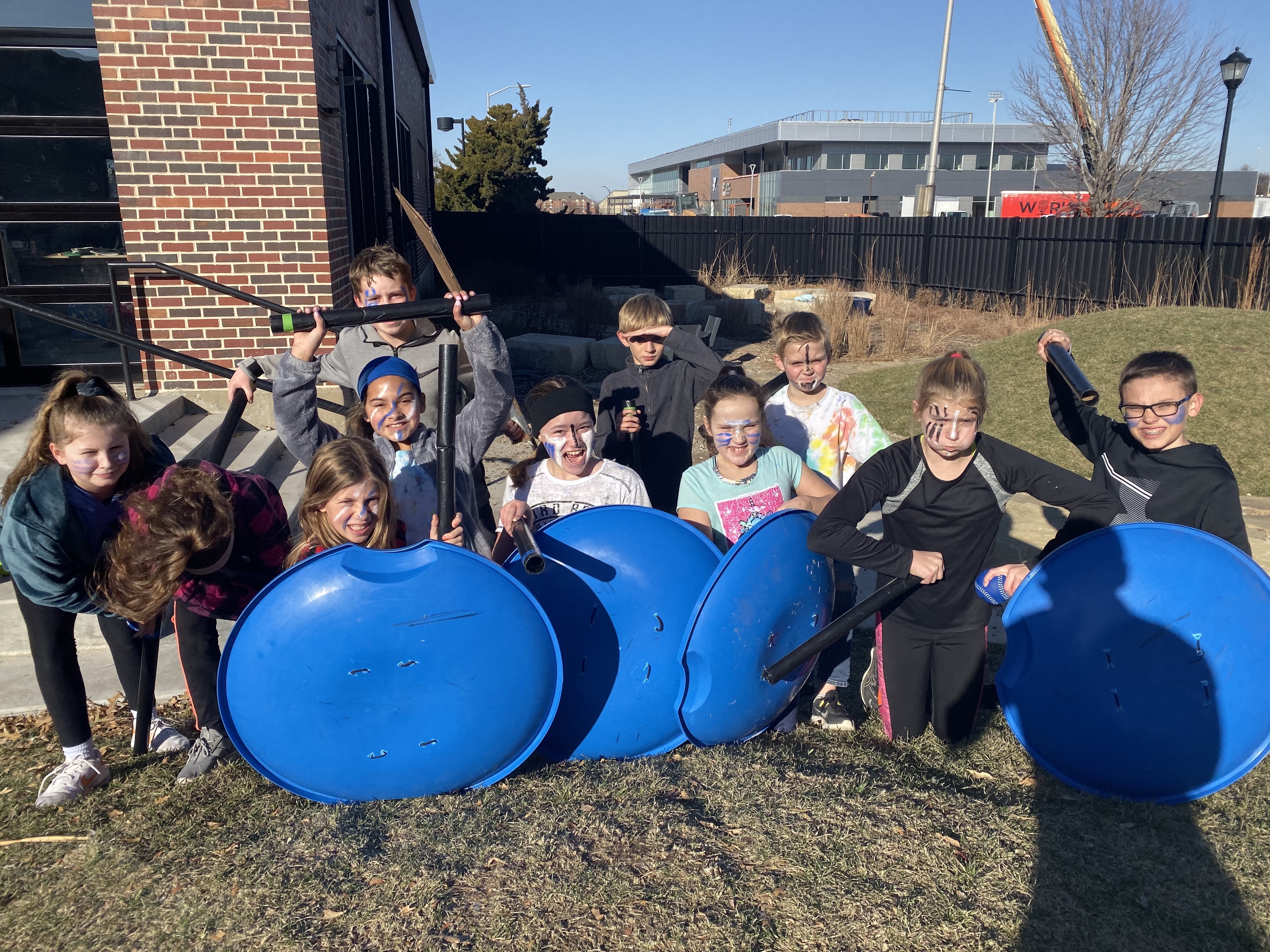 Imagine a game of Dodgeball. The two teams have their own territory and are armed with nerf bows and arrows, dodgeballs and cardboard shields. One team attacks from the top of a hill. The valley dwellers have been swarmed, but they also have a strategy. Their plan is to disperse and trap the attackers, and freeze them on their tracks. This hybrid game of Dodgeball and Freeze Tag simulates an epic battle from the 8th century between the Vikings and the English.

In this Session, learners were invited to live in the shoes of an ancient civilization, and research life during that era.

“History is an observation of our civilization from the present to the past. We often look at old buildings, hear stories about ancient kings and wars, and imagine big events that changed the course of history. What if we could use modern tools to reimagine a historical place and events, and peer into the lives of everyday people? What did homes look like before they became old ruins? What were the most cutting edge technological innovations for the scientists and engineers of that time?” 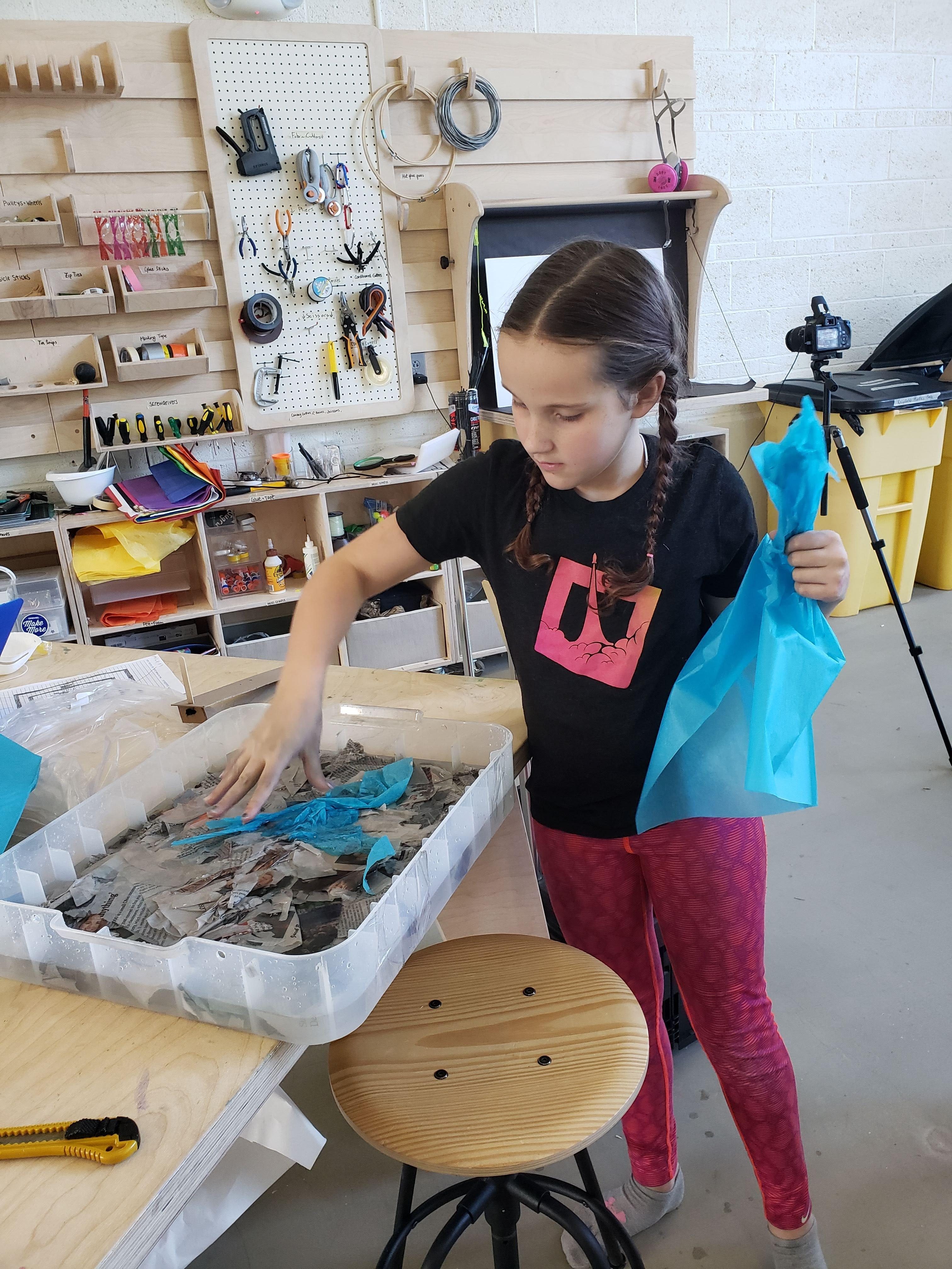 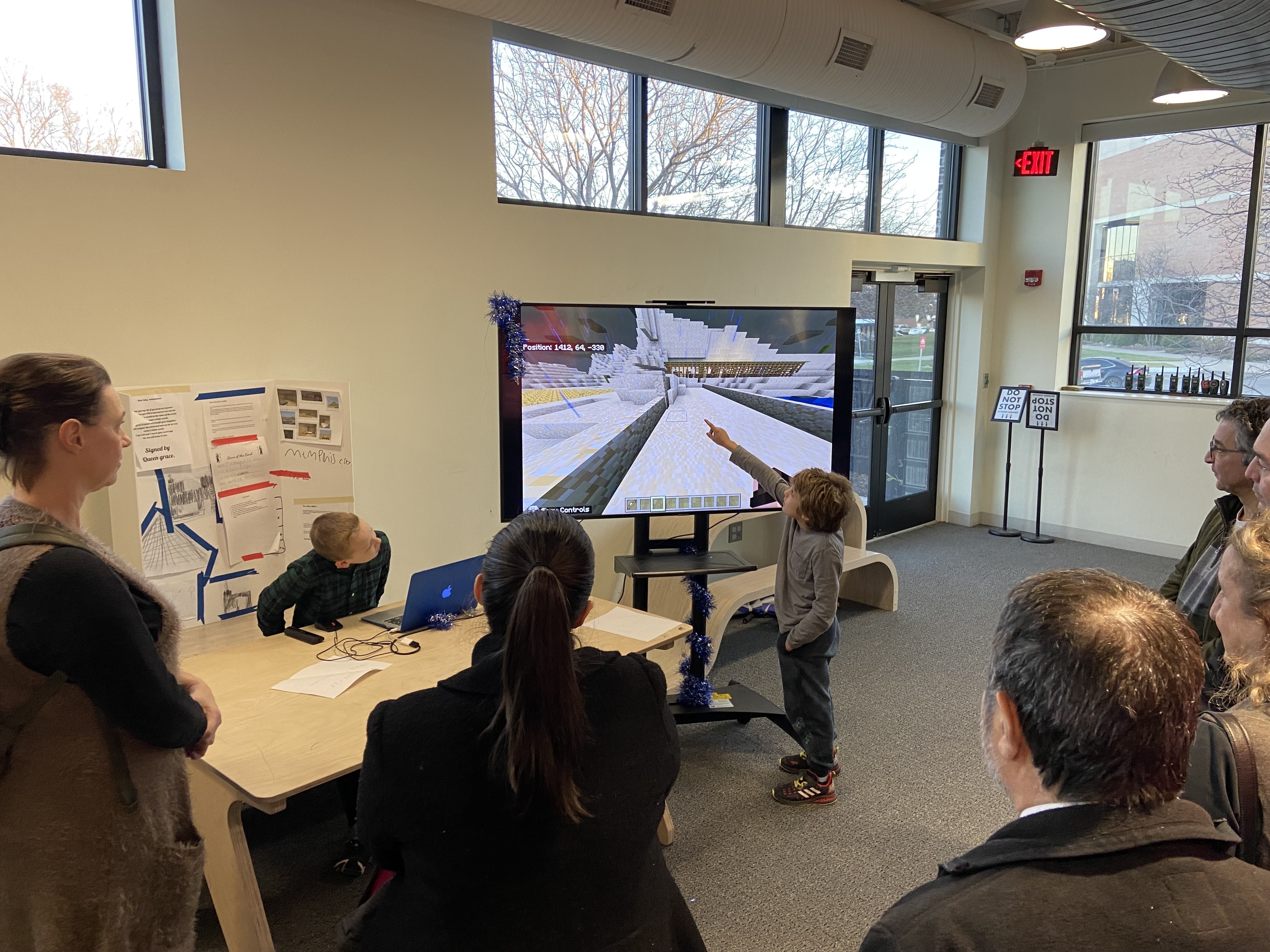 Wonder Two: Learners read stories of battle and conquest from the 8th century during Civilizations, and assumed the role of either a Viking settler or an English soldier. They researched the life of a soldier, how people lived and what viking villages and english castles looked like. For Writer’s Workshop, learners wrote a journal entry from the point of view of a Viking settler or an English soldier. For the quest, two teams of learners collaboratively designed a Viking Village or an English Castle in Minecraft. The castles were complete with corridors, rooms, dungeons, moats and courtyards. Teams made sure their castle was architecturally sound and secure from intruders. The viking villages had clusters of huts with a fireplace, a humble bed and lookout posts. Majestic longboats in the classic pixelated Minecraft form sailed across the northern seas.

Wonder Three: As learners read stories from the Middle Ages from around the world, each learner assumed the role of an innovator from that location and time. They researched life and everyday artifacts people used, and as inventors, hand crafted inventions such as an hourglass from France, and toilet paper and fireworks from China. For Writer’s Workshop, a video camera was anachronistically dropped in the 12th century, and learners wrote a journal entry from the point of view of innovators and vlogged their creative process.

Discussions about innovations from the middle ages reframed mundane things that we take for granted today as important innovations that changed the course of history. In Socratic launches, learners debated systems of governance, who made the rules, what freedoms were valued, and related them back to life at Wonder.

Throughout the session, learners gathered stickers to complete their coat of arms by practicing noble virtues such as courage, justice and generosity. Learners who completed their coat of arms were honored as knights of the Wonder castle sworn in to uphold the promises and values at Wonder. For the exhibition, learners organized an innovators conference and showcased their inventions and architectural creations in Minecraft. Parents observed a Socratic Discussion in each studio where learners debated an ethical dilemma. Finally, learners whose works were voted as excellent from each studio read their journal entries and shared their vlogs with the audience. The session ended with reflections and one last epic nerf-arrow-dodgeball-freeze-tag battle involving the guides and all studios.