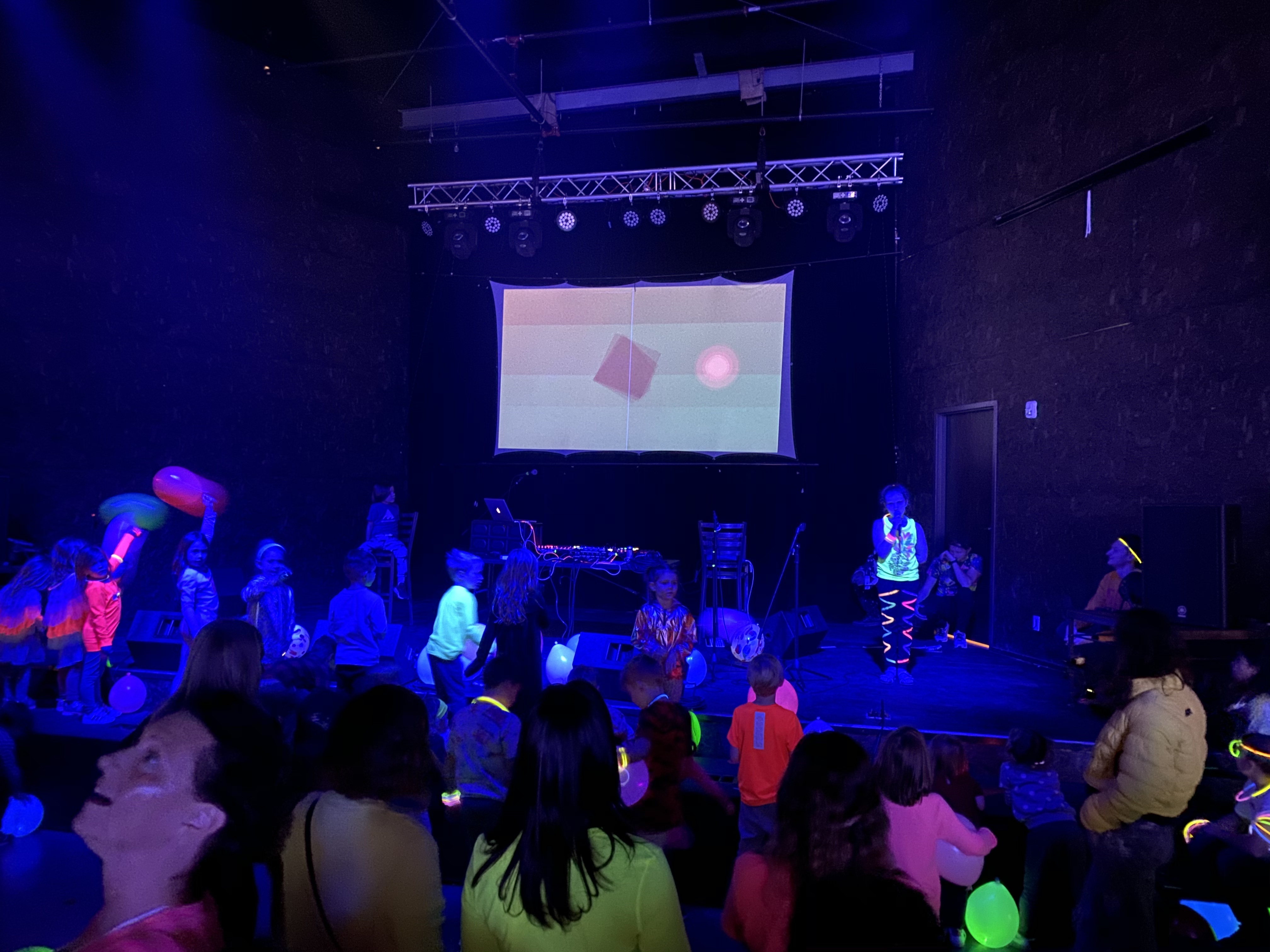 Neon lights, glow-in-the-dark gear, and strobing LEDs charged the air with an electric ambience. In the pink and blue glow, the crowd broke out in dance moves to the rhythm of heart pounding beats. The music, navigating blurred lines between lo-fi and hip hop with an intellectual flair was being produced live on stage by musician and DJ - Akira the Don. This unusual collaboration wasn’t just any concert, but Wonder’s end of session exhibition on Music Production.

The goal of this session was to explore the nature of sound and music, and apply them to the steps and process of music production. Learners were invited to explore the physical world of sounds that come from vibrations, and manipulate them with digital production tools by stepping into the shoes of musical artists creating their own lyrics, musical instruments and beats. The big prize at the end of the road was the chance to perform at a live concert. 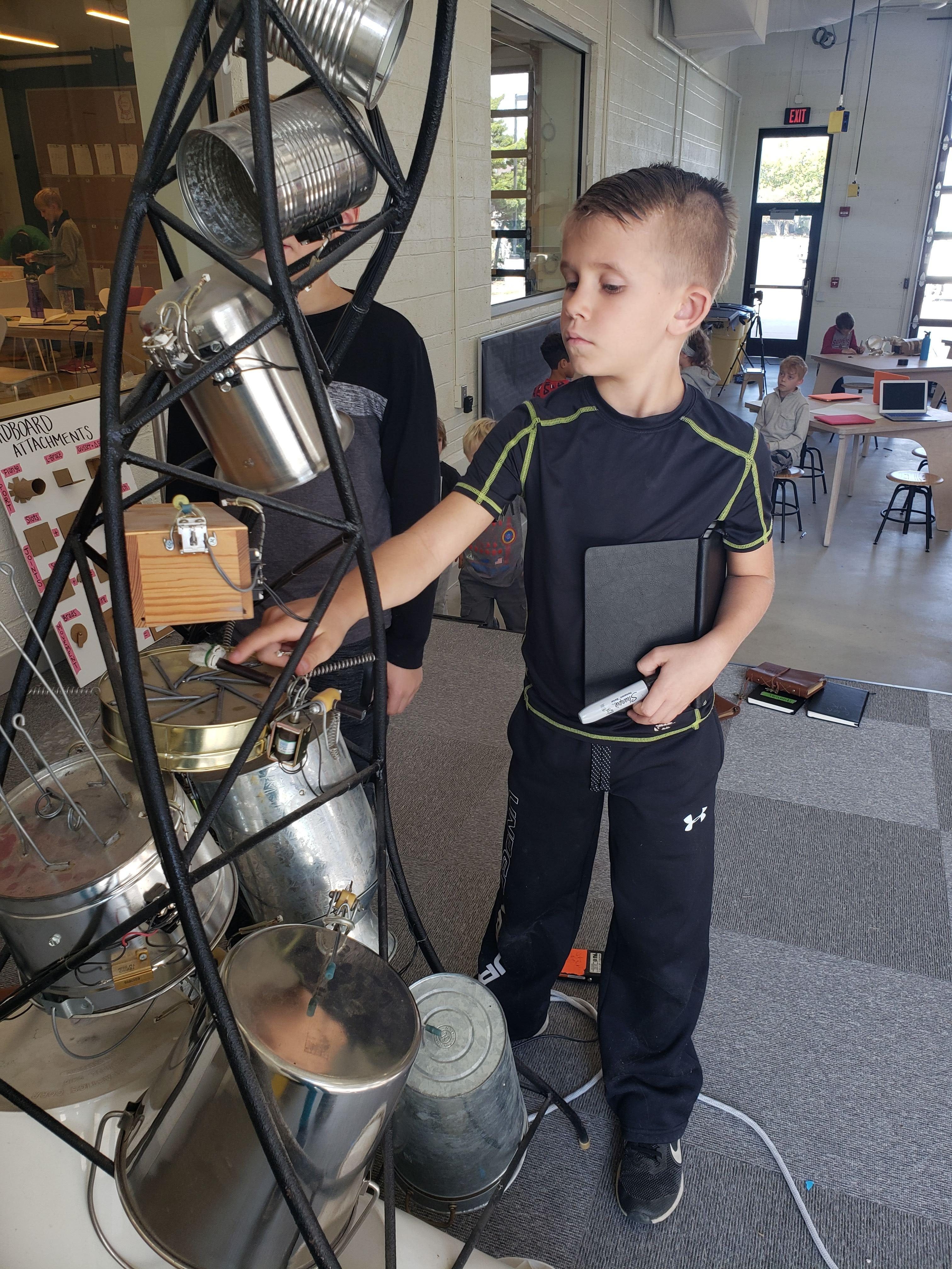 Learners began the session by exploring the nature of sound: where does sound come from, and what makes it musical? In teams, learners invented their own musical instruments that utilized wind, strings or percussion, and received design critiques from local musicians and inventors. Alongside, in Writer’s Workshop, learners wrote a letter to their future self, with words of encouragement and advice.

For the next stage of this process, the musical inventions became the underlying basis of beat development, and the letter became the lyrics of the song. Learners shared their work with peers and those voted excellent in each category earned the opportunity to record their musical instruments and songs in Wichita State University’s professional recording facility with the help of sound engineers.

Then came the last stage of synthesizing raw recordings of music and song into a refined production. Learners used Garageband software to develop their beats and layer in different melodies. They received feedback from peers and expert critiques by local musician and producer Skinny Hightower, who visited the studio and gave them technical and artistic feedback.

In launches, learners debated popular cases related to copyright laws and plagiarism in music, reflected on their own creative process, and analyzed precedents from world class examples. Examples include musical instruments that are nothing short of engineering marvels to new ways of producing music involving AI and neuro-feedback.

The day before the exhibition, learners received another surprise! They were visited by musician and DJ - Akira the Don, who pioneered a new style of music called “Meaningwave - A fusion of wave, lo-fi and hip hop music with meaningful lyrical content.” As this style was the inspiration for the learners’ projects, Akira shared his hero’s journey with the learners, and answered questions about working with flow, struggles, successes, and his creative process.

The final exhibition was the most unusual the Wonder community had ever experienced – a musical concert complete with a fog machine, glow in the dark balloons, and heart pounding stereo. Attendees showed up in neon outfits and dancing shoes. Beams of colorful light glowed in the misty fog, and the music enveloped all conversations. The electricity in the air was only amplified by the nervous excitement of performers. Learners who were voted excellent by peers performed their songs live on stage, with Akira ending the night with his original music, and an epic dance party! 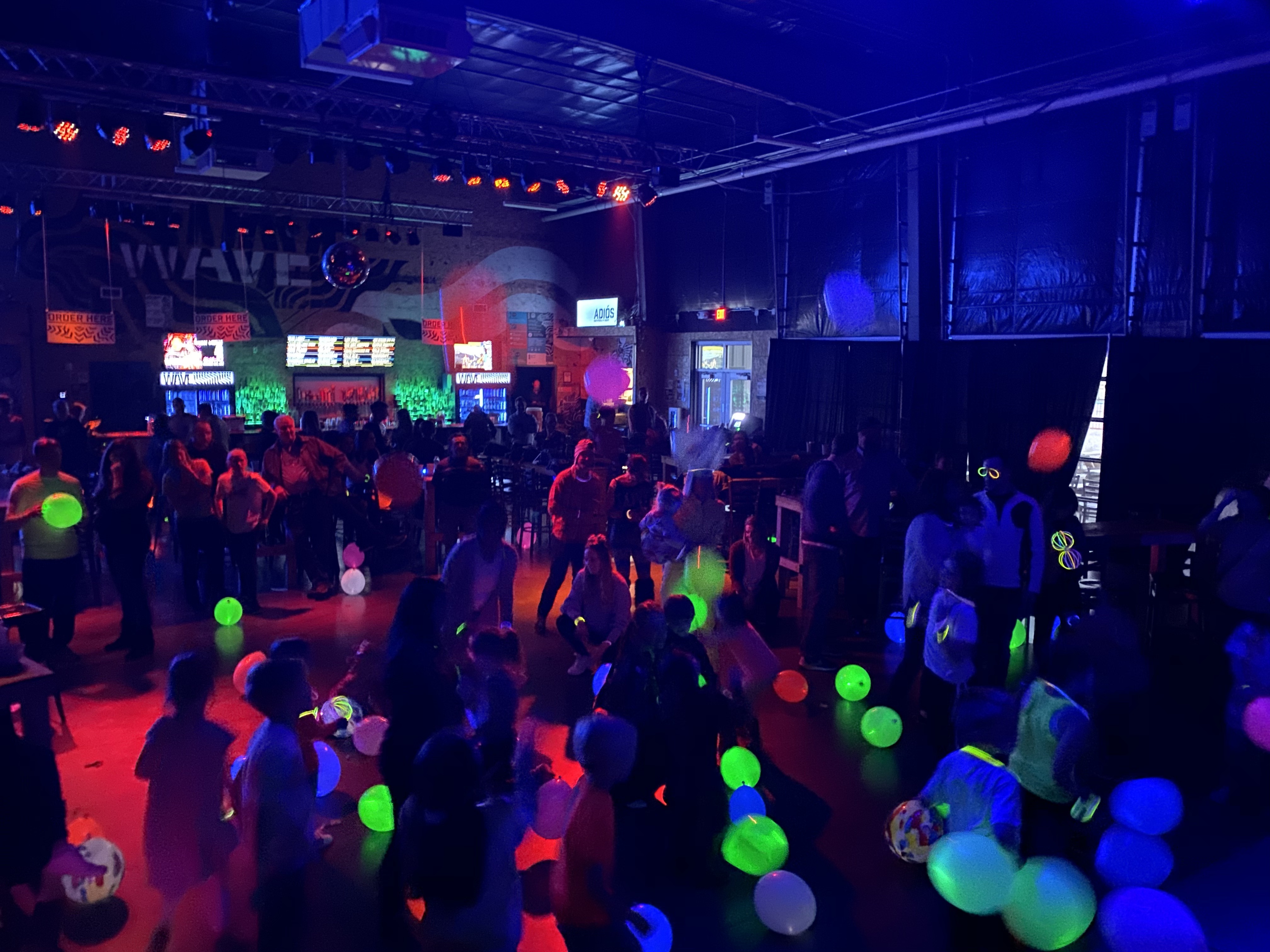